Everything You Need To Know About LED Triac Dimming 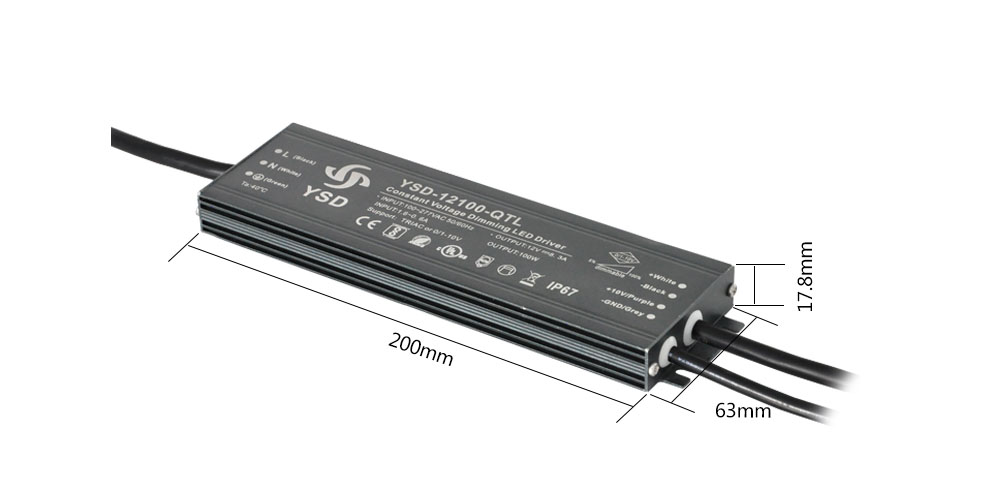 A Triac dimmer power supply is quite common in LED and other AC applications. Like LED drivers, Triac dimmers can control the voltage and current of the LED. The circuit switches both components into two major AC waveforms. Triac circuits are semi-conductors, but they function pretty well in LEDs. This post explains what you should know about LED Triac dimming.

What is Triac dimming?

LED Triac dimming is a popular light dimming process used in domestic lights. Not only is it used for light regulation but also to control motor power. TRIAC is actually an acronym meaning Triode for Alternating Current. As earlier mentioned, it has two significant purposes. When used as a switch, it’s commonly referred to as Triac. When in lighting applications, the term ‘Triac dimming’ comes in.

Triac dimmers for LEDs have existed for years. However, they were not the most ideal for these lights. Over recent years, manufacturers have developed them more with a better and simpler configuration.

How does LED Triac dimming function?

Technically, the dimming process starts from the AC phase and goes on till the input voltage is reduced, allowing the Triac dimmer to come on. The dimming regulators operate at a very high speed to control the electric current to the LED. Most importantly, the LED Triac controller works as a light intensity adjuster. It reacts slowly to the switch; thus, less power conduction and the bulb light becomes dim. The switch involved can react in two ways; high or low speed. If the reaction is at high speed, more power is given off. If it’s slow, less power is produced, like in the dimming case.

Various kinds of Triac dimmers exist. The designs of most are geared towards resistive loads. Therefore, since the Triac dimming devices are semi-conductors, ensure they match with the Triac semi-conductor device. A wrong choice or configuration of Triac dimmer with the LED light device leads to poor bulb performance like flickering. Such problems lead to the reduced lifespan of the LED.

Why should you or should not use LED Triac dimming

Like any other components or device, Triac dimmers have advantages and disadvantages. Triac dimming is mainly used for domestic lighting, but it’s not limited to it. It is multipurpose and can fulfill everyday lighting needs. LED Triac dimming is accurate and efficient. The dimmers come in small sizes, are easy to control, and are light in weight. Unlike other dimmers in stores, Triac doesn’t reduce the LED lifespan. Additionally, the bulb lighting cost is low since it’s mostly dim.

Some drawbacks include the low dimming performance. The low levels reduce the dimming range, which may affect visibility. Due to constant regulation, the current flowing to the LED is low hence the dim effect.

Triac dimmers for LEDs are great devices despite the disadvantages. The dim effect makes the bulbs efficient and conducive for the eyes and different moods. Triac dimming for LEDs is versatile. It’s ideal for several applications, the main being household lighting. However, Select the best Triac dimmer for your device for maximum usage and life extension.

Natasha wants to provide readers with scientific and technological information that is easy to understand. She has a degree in biochemistry from the University of Cambridge and has worked as a science writer for several years.

How to Pressure wash Minus an outside Tap

Plastic Injection Molding Services: What to Look For

Plastic Injection Molding Services: What to Look For

How to Pressure wash Minus an outside Tap

[Infographic] The Reasons Why It’s Time To Take...

[User Guide] A Comprehensive Guide to Using the...

[User Guide] A Perfect Balance of Form and...